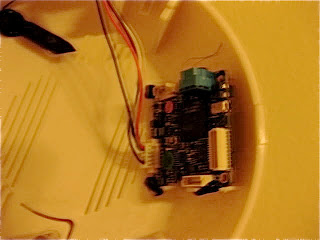 Of course, she broke up with him right away. She suspected the cameras from something he said. So, I'll never doubt another woman who says she suspects cameras in her apartment.
Posted by Skipp Porteous at 9:35 PM